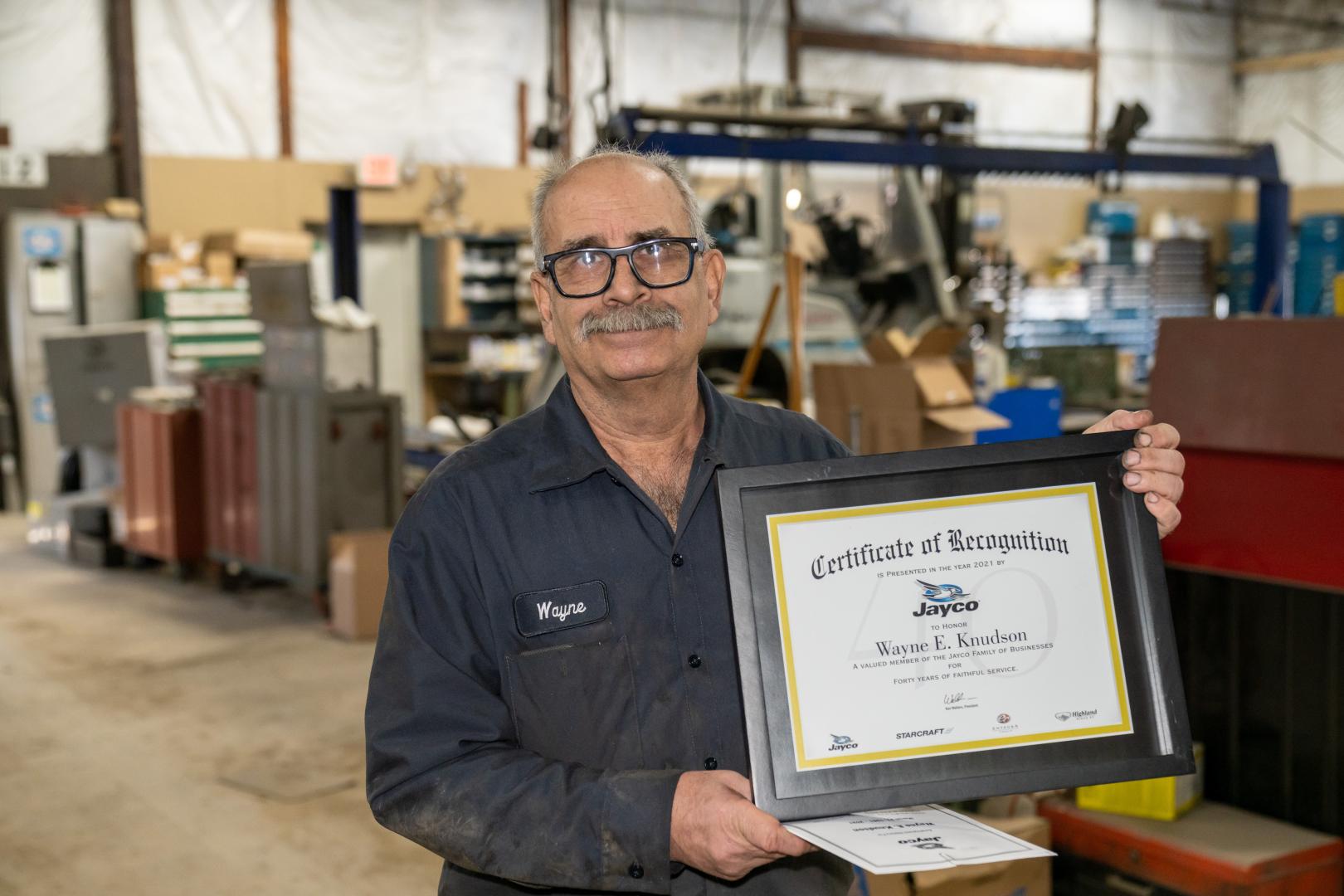 Middlebury, Ind. – Jayco® celebrated milestone anniversaries for team members up to 50 years in March. Throughout 2021, Jayco will have 64 employees celebrating anniversaries of more than 30 years.  In the month of March alone, Jayco has honored one 50 year, two 40 year, one 30 year, and three 25 year milestone tenures.

“Jayco is built on a tradition of family and our team members are our family.  When you are celebrating anniversaries up to 5 decades and see the multitude of multi-generational families that work here, it shows just how truly special Jayco is,” stated Ken Walters – President

Jayco’s tag line, Generations of Family Fun, not only relates to the RV owners, it also speaks to the nearly 4,000 team members.  Jayco is proud of the experience and unprecedented tenure of its employees and is excited to continue to celebrate key milestone anniversaries each month.

Jayco, Inc., manufactures and markets towable and motorized RVs through its Jayco, Starcraft, Entegra Coach, and Highland Ridge RV divisions.  For more information about Jayco or its products, call 1-800-RV-JAYCO, or write to Jayco at PO Box 460, Middlebury, Indiana 46540.

Click the star on a floorplan page to save and compare.